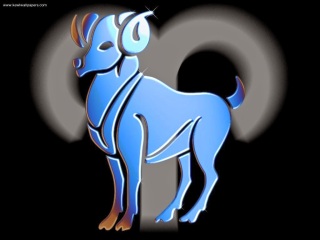 I thought it would be a good idea to ask three very different talents the same questions on action and dynamism in their work. I got this idea from my Zodiac theme – Aries being apparently all about action.
First, I interviewed Steampunk author Kara Jorgensen, on #WeNeedDiverseBooks, writing a linked series, and writing dynamic scenes.
You can read Kara’s interview here.
Now it’s the turn of blogger, author, editor, bookseller, historian and all-round legend Charlotte Ashley, who should be nominated for a Hugo Award. Seriously. People need to get on this. 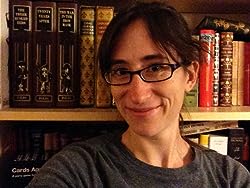 Charlotte Ashley collects the works of Alexandre Dumas, and owns 19 editions of The Three Musketeers, one of which is a purse. Her family tolerates her book obsessions because they pay the bills: she is also a writer, editor and independent bookseller in Toronto, Canada.
1. You have several short stories published now. [Check out Charlotte’s work in Invisible, ed. Jim C. Hines ; Lucky or Unlucky, ed. N. E. White featuring Mark Lawrence ; Fierce Family, ed. Bart R. Leib ; Library of Dreams ed. Charlotte Ashley ; Chamber of Music ed. Charlotte Ashley] Do you find the short story structure more difficult than a novel in terms of constructing the plot, balancing action with world-building and character-building etc?

At first, yes, it was harder. You can’t mess around in a short story. You simply haven’t got the space. Every scene, every action has to have a reason for being there. Characters have less chance to sit around gazing at their navels. You also learn to dispose of a lot of pointless action and description, which can sometimes make building a complex world difficult. There’s no space for 1500 words of world history in a 5000 word story.

But the same diligence makes short stories easier to write. Once you think of every scene in terms of how, exactly, it moves the plot forward, you are able to keep a tighter grip on your story. Now that I’m letting myself stray into longer forms (first it was a novelette, now a novella,) I realize how much more plot you need in a novel to justify all those words. You can’t just publish a puffy version of a simple story. You need all these extra layers.

2. How do you build up to that climactic moment in your narrative?

To be honest, I write like a reader. I read my whole story (or scene) beginning to end again and again with each new paragraph, trying to get a feel for the pacing. If I find myself skimming or getting bored, I know I need something to build. If it feels like it’s time for a major climax or confrontation, then I know it is time to trow in that bombshell. If it feels like we don’t know the characters or situation well enough, it isn’t.

3. What do you think you’ve learned about writing dynamic scenes, keeping the interactions engaging, hooking the reader etc, from when you started writing?

First of all, that people prefer to read dialogue than description. Readers engage better with the human element than the intellectual one! Secondly, do the unexpected thing. I am a plotter – I break my stories down scene by scene before I start writing so that I know, in broad strokes at least, what will happen. When it gets to a major decision or climax, I sometimes have to make a decision tree for the story. What COULD happen at this point? Is it too obvious, too boring, out of character? I keep coming up with possible outcomes until I hit on something which has the right balance of inevitability and surprise. People keep reading, I think, because they want to know what will happen – if they can guess, than you’ve lost half the reason they turn the page.

4. How much energy and drive has it taken for you to get where you are now in your writing career?

I am a total type-A workaholic. I also didn’t start writing seriously until I was in my 30s, so I am impatient. For so many writers, it takes ten years to go from “I’d like to write” to seeing something in publication – I just wasn’t willing to wait that long. So my writing work day is every bit as long and intensive as any other day job. I write, read, edit, revise or critique at least 8 hours a day, sometimes more. I write when I’m busy, I write when I’m sick, I write when I don’t want to, and when I have nothing to say. I write when I have had three crushing rejections in a single day and when my beta readers say they don’t understand my latest story.

That’s life – that’s a job. Only, nobody is going to make you do it. You are your only boss. If you don’t push yourself, you won’t get there. But it seems to work!