At last, we get to Aries – the dynamic sign, I am told. This made me think of action as a genre, and action/dynamism in particular scenes.
I really wanted to use my blog to showcase the work of other writers, and so I’ve got three more exciting interviews for you to enjoy!
First up, as a bridge between the “active” topic and #WeNeedDiverseBooks is Kara Jorgensen, author of The Mechanical Devices series. Book 1, THE EARL OF BRASS, is already out, and I am among those fans eagerly awaiting Book 2, THE WINTER GARDEN. So, it’s a real pleasure for me to host Kara’s interview here.
I will also be interviewing author, editor, bookseller and historian Charlotte Ashley, and bestselling author Jaycee Ford – all will be answering similar questions, and the three different perspectives should make for some fascinating reading! 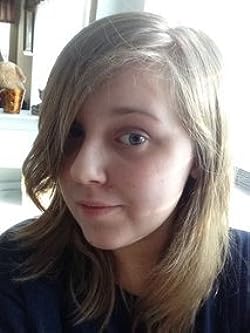 Kara Jorgensen is an author and professional student from New Jersey who will probably die slumped over a Victorian novel. An anachronistic oddball from birth, she has always had an obsession with the Victorian era, especially the 1890s. Midway through a dissection in a college anatomy class, Kara realized her true passion was writing and decided to marry her love of literature and science through science fiction or, more specifically, steampunk. When she is not writing, she is watching period dramas, going to museums, or babying her beloved dogs.
Q1. What inspired you to write a linked series, and the Mechanical Devices theme?

I started writing The Earl of Brass when I was an undergraduate, and the further I got into it, the more I began to care about characters who were not the stars of the show. The second book, The Winter Garden, shows what happens to one of the side characters after the first book. What I love about a linked series rather than a continuous one is that hypothetically it can go on forever. I can explore every character’s back story or future without having to worry that it doesn’t fit with the overall series arc. As much as I would love to write a trilogy or quartet, I’m not sure if I have enough forethought to plan the whole thing out.

The title of the series, The Ingenious Mechanical Devices, came to me while I was working on The Earl of Brass. While I was researching automata for the story, I discovered that in the Middle East during the Middle Ages there was an inventor named Al-Jazari, who created automata for the royal courts that were not only functional but beautiful. To chronicle his creations, Al-Jazari wrote a book entitled, The Book of Knowledge of Ingenious Mechanical Devices. One of my main characters, Eilian, is entranced by the culture of the Middle East and this married well with the steampunk aspect of the book. The theme continues into the other books because in each one there is an anachronistic device that in some way drives the plot. In The Earl of Brass it is Eilian’s prosthetic arm, and in The Winter Garden it is a machine that can either infuse a body with a soul or pull it out.

Q2. What is your take on the #WeNeedDiverseBooks campaign? How do you see your work fitting into that? Is it conscious, or unconscious?


When I started writing The Earl of Brass, I never thought I was doing anything special by having a handicapped main character. Eilian loses his arm in the dirigible crash and tries to regain the normal life he lost in the process. Throughout the first half of the book he is rejected and alienated by his family and society for being different, but the point is, he knows he is the same person he was before only now he has to do things differently. After writing it, I think about how many soldiers are returning from war with injuries similar to Eilian’s and I wonder if any of them would see themselves in him. Representing people with disabilities is incredibly important in modern literature. If you choose to ignore an entire group of people, you are essentially saying their stories are not worth telling.

In The Winter Garden, a gay couple is introduced into the series. I am bisexual as well as a huge supporter of LGBT rights, and the Victorian era was one of the most controversial times to be gay. My characters meet and begin to fall for each other, but in future books, they will find that with the Oscar Wilde trials, their lives become much more complicated. While many of the issues gay Victorians faced have faded, readers will still be able to relate to what they go through, the good days and the bad. In future books (not necessarily in this series as I have another on the back burner), I would like to possibly have a bisexual female protagonist or even a trans main character.

Q3. How do you build up to that climactic moment in your narrative?

This is one of the questions I ask myself every time I get toward the end of my stories. A good way to put off the climactic moment in a book and build tension is to alternate between moments of calm and moments of action. By preceding an action-packed scene with one that is calm, it creates contrast. Another way I like build up to climactic moments is to alternate between tension and emotion. They can easily go together, such as in a romantic scene, but sometimes a tender scene where a character opens up creates a rise in action as the reader experiences it as a rise in emotion. I think I’m still learning how to do this and wish I could do it as masterfully as suspense writers.

Q4. What do you think you’ve learned about writing dynamic scenes, keeping the interactions engaging and hooking the reader from when you started writing?

When I first started writing, I was not good at cutting to the chase. My stories would drag on for a twenty pages before anything exciting happened. With The Earl of Brass, it took about three or four pages into the first chapter before the dirigible crashes and the action begins, and in my second book, The Winter Garden, I was able to get to the action even sooner. I’m still fighting my natural tendency to ramble like a Victorian novel. Modern readers want action and they want it now. I typically don’t start the action immediately, but I’m definitely getting better at hooking my readers with something out of the ordinary happening.

In regards to keeping interactions engaging and dynamic, I think writers need to study how real people interact. Most complaints readers have with characters interacting is that it’s stilted or unrealistic. Read your work aloud with another person. Check to make sure it flows correctly and that the replies and questions make sense and don’t try to cram information in where it won’t fit. It isn’t worth having in a scene if it breaks up the realism and flow. Also, while writing dialogue, it’s important not to forget that characters fidget, their eyes rove, and their tones change while they speak. All of these quirks and habits will help to make your characters seem more alive and break up a giant wall of dialogue.

Q5. How much energy and drive does it take for you to get where you are now in your writing career?

Some days I can barely get out of my own way and write even a few hundred words and other days, I can write an entire chapter in one or two sittings. The drive is always there, but it definitely waxes and wanes with my graduate school schedule and life. Sometimes when I think about all the work I have to do to get my book ready for publication or even finished, I wonder why I do it, but then, I remember that I love it. My parents would much rather have seen me go to medical school as I planned when I entered college, but writing is my passion. Also, once you have one book out and people tell you how much they enjoyed it and how they are dying for the next one, it gets much easier to bang out those next hundred words. Success breeds success, and with each positive review or bit of encouragement from readers, I find that I am able to write more and do it more efficiently. It’s much easier to write when you know you are writing for people who are looking forward to your work.

Many thanks to Kara Jorgensen for this interview!

So excited for this! The novel is with an editor for developmental edits, I'll need line/copyedits done after that, but I'm hoping for an early 2023 release.
I caved and paid for the avatar maker feature... these looked best out of the 50 generated! It's the lensa app.
Download the eBooks, gift them to people, PAY AS YOU FEEL - minimum price is set lower than RRP!
#IndieAdvent Day 01: FIELD NOTES by Maxim Peter Griffin
My #SpotifyWrapped >> 51 genres??? A lot of these were for playlists and soundscapes while I hyperfocused.
A great review for THE CROWS thank you so much 🖤
%d bloggers like this: