Following my interview with Maya Starling about mental health in fiction and her main character, Etta, I decided to interview three very different authors on their craft and their various approaches to action and writing dynamic scenes.
You can read steampunk author Kara Jorgensen’s interview here: ARIES [1]

The last of my three interviews is with bestselling romance author Jaycee Ford, 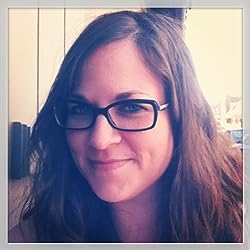 Jaycee Ford grew up chasing street cars around the city of New Orleans. After doing a four year stint at Louisiana State University, she earned a Bachelor of Arts degree in History and fled for the foothills of the Blue Ridge Mountains. New Orleans beckoned her home again where she put her love of the foothills into a series of romance novels. In between writing, she’s found behind her desk at a top rated law firm … or still chasing street cars.

Everyone always starts out stating that they wrote well in school or had a passion for reading early in life. The truth is that I used to loathe reading. I’ve come to learn it was because I only read books required by school and they just didn’t do it for me. As I grew up, I had come to enjoy some of the required reading. When I became an adult, I discovered romance novels. Even though most are considered “easy reads,” I devoured them quickly and almost intensely. Most married woman in their mid to late twenties would more than likely agree with my statement. By the time I turned thirty, I couldn’t find a story that met all my expectations. I decided to write my Happily Ever After. Watching Firefliesis very loosely based upon me and my husband’s meeting and our rush to the altar. Quick by my standards is meeting and marriage within two years. Well, it was quick for me. Anyway, we had our “insta-love” romance which began shortly after I ended a horrid relationship with an ex. In real life, the ex did not meet the same demise as the villain in Watching Fireflies, but as the saying goes, “Never piss off a writer.”

I came up with the title Watching Firefliesbecause I was a city girl who moved to the country hills of North Carolina. The thing that most drew me to the country life was the fireflies. I never witnessed that sort of beauty in the city. I used to watch them for hours and hours during the summer months. Since my favorite pastime was watching fireflies, a novel was born. My second novel in the series was actually written much later. My second written novel was Hornet’s Nest, which is available for purchase on 3 February 2015. The story took readers away from the country and into the city of Charlotte, North Carolina. Charlotte is dubbed the “Queen City.” Per Wikipedia, it is named in honor of Charlotte of Mecklenburg-Strelitz, who had become queen consort of Great Britain the year before the city’s founding. I couldn’t come up with anything regal related in the form of titles. However, there is also a second nickname for this city. The story goes that British commander General Charles Cornwallis occupied the city during the American Revolutionary War. Charlotte is one of the largest southern cities in the United States. Of course, it’s a little rebellious. When the residents drove him out of occupation, he described the city as “a hornet’s nest of rebellion.” Enter light bulb moment here. The Love Bug Series was born. I rearranged the order before publishing making Dragonfly Awakeningsecond and Hornet’s Nestthird. The fourth and final book in the series is my current work in progress. It’s titled Mosquito Chase.

2. How do you build up to that climactic moment in your narrative?

My published works, Watching Firefliesand Dragonfly Awakening, are both romance novels; however, their climactic approach was vastly different. Watching Firefliesis a romantic suspense. I gave the readers the love and passion early on in the story. Some may describe it as “insta-love” but the focus was the suspense (with highlyromantic elements). The emotions throughout the novel lead up to the climax of both story arcs. We have the obvious climax in the romantic sense (wink, wink) and the climax of the suspense, which I cannot say. I wouldn’t want to ruin the experience. Dragonfly Awakeningis a classic New Adult/Contemporary Romance where the spoken words “I love you” is the peak. I always write Happily Ever After romance novels because that’s the epitome of romance.

3. What do you think you’ve learned about writing dynamic scenes, keeping the interactions engaging and hooking the reader from when you started writing?

4. How much energy and drive does it take for you to get where you are now in your writing career?

Becoming a writer is easy. Becoming a published author is not for the weak of heart. The time a writer spends on the luxury of writing will be cut by more than half (even more if the publishing process is self rather than traditional). I’ve taken on the roll of self-published author, which can also be called a business owner. I have my company Jaycee Fordand I have to sell, market, account for all assets, and manage all aspects that goes into this company. Once one product is cleared through the lines of production, the process starts over again with a story plot. The end goal is to hit the button “Publish.” It’s gratifying to read “The End” knowing that you can lay it to rest. But as any good product you produce, you still have to sell it. The salesman is always working.

As many writers know, this isn’t a make it rich quick business. It’s a passion. Writers have to supplement their passion with pencil pushing desk work. In my case, it’s in an accounting cubicle at a law firm in downtown New Orleans, Louisiana.