Emotional Souls – Spotlight on the Work of Maya Starling

In my quest to find blog topic inspiration, I have looked to the signs of the zodiac and their reported personality traits to help me think of things to write about. Pisces are, apparently, emotional souls, and so that got me thinking about emotional issues in fiction, and representations of mental health.
Very often, those with mental health issues are cast as antagonists. It is incredibly easy to list antagonists who exhibit psychotic, sociopathic, narcissistic, or other mental disorders. It is very easy to list antagonists with mental illnesses, too – paranoid schizophrenia is a favourite for serial killers and the like, for example – but it is far more difficult to list protagonists (as opposed to antiheroes) who exhibit the same traits and struggle with these kinds of problems. I tried to come up with a list of main characters (MCs) who were:

(1) Protagonists, not antiheroes or antagonists

(3) Were not “cured” at the end of the novel suddenly or implausibly, but instead learned to deal with their condition – which should be character development, not the whole point of the plot (see point 2)

Most of the ones I could think of were detectives (and some of those were tenuous), although perhaps the best example for SFF was Danny Torrence, Stephen King’s protagonist in Doctor Sleep, the sequel to The Shining. In discussion with other writers, particularly Kara Jorgensen, author of The Earl of Brass, and Maya Starling, prize-winning author of Dragon’s Treasure, I realized that I was not the only one to think about these things. We had a really interesting discussion along the lines of #WeNeedDiverseBooks, a Kid Lit hashtag but one I think applies to YA and adult literature as well.

Maya Starling’s current work in progress is a novel called Vengeance Upturned, which, as the title suggests, is a novel charting the protagonist Etta from her vengeful beginnings to a better, healthier place. At the same time, this is a story of bandits, murder, kickass action, a shadowy figure manipulating lives and orchestrating death behind the scenes, and the ultimate threat: the rise of Mor, god of chaos.

I asked Maya about the inspiration for Etta, and if she would be willing to talk about her new novel:

On the inspiration for the novel:

When I started writing Vengeance Upturned, I had my mind set on a flawed main character. Since I mostly read fantasy, science fiction, paranormal and some romance, the characters always seem so perfect, pretty and strong minded. There are rare occasions where characters start the story with bad experiences behind them (traumas, flashbacks, nightmares; the whole deal not just something minor) and it mostly happened in romances, where the main female character went through a certain trauma, but again, those traumas are often repetitive and stereotyped.
I wanted my character to be flawed both physically (some scaring, unusual looks for the region she is in), emotionally and psychologically. I wanted to challenge her further, to let her fall deeper, to the pit of despair before she slowly started to build her way up.
What bothers me a lot in majority books I’ve read and movies I’ve seen, is that when there is a strong female character where I’m finally woohoo! – but through the story, when that female character meets her “destined”  male character, they somehow lose that strength, become dependent on the man, and in the end he often saves the day.
Mind you, there have been stories that have proved me wrong, but still, those are rare. It’s the man that’s the hero and the woman that needs to be saved.

Etta’s had a great childhood and difficult late teen years. After losing her parents to a common disease, it was just her and her twin brother. The two were very connected as most twins are, depending on each other and living on their lives on the family farm, until their home got raided and her brother was murdered. That one event is the catapult of the main plot of the story and also a start of her descent. There are people who know how to deal with loss, those who try to move on and heal along the way, but there are also people who get consumed with anger, rage, guilt, sadness, despair, desire for vengeance. Etta is one of the latter. She spent years trying to find the one person to blame so she can avenge her brother’s death and get closure. She sinks deeper and deeper into that dark need, until she loses herself and finds her meaning in reaching that goal, still being haunted by that fateful night… not only haunted, but driven forward.
The story starts a few years after her brother’s death, when she is close to discovering who the person to blame is, and where she also draws nearer to that ultimate downfall, the bottom. She meets people on the way who help her “see” better, learn a new perspective, teach her that it is alright to lean on others, but she is the one who deals with her feelings on her own, calling upon the memories of her family in happy times, and the teachings of her father. The main plot isn’t about her state of mind and how she deals with it, but it is one of the major parts of the story, influencing the choices she makes along the way. I hope to inspire people who find themselves in that darkness to find their way out, that things can be worked through, and yes it can and will get better, just don’t give up, and find support. Even the most unlikely people can surprise you by being there for you or saying the simplest thing that turns everything around.
What she has been through and how she has dealt with it makes her a very impulsive, and emotional person (even though she doesn’t show it). She gets into fights easily and is easily provoked; she’s strong-headed, and single-minded. She thinks she has her life under control, but in reality, it’s driven by the emotions she’s not willing to face.
Also, another thing I did on purpose, that often misses in stories, is that she has control of her sexual life. She was never raped and will never be, and she considers sex to be a causal thing. The first male character she hooks up with is not the one she gets “shipped” with… it’s just sex for her. Of course, she has problems connecting with people and developing deeper relationships (friendship and romance wise), most people who have lost those close to them deal with the same issues.

On the challenges of writing the novel:

The challenge of writing such a character is getting into that dark mindset, into that state of being that’s so far from my natural one. I mostly put myself into her shoes and try to react to the challenges before her the way she would, not I. It is also one of the first main characters that I’ve written that doesn’t have any connections to my own mindset and life values. Also, it’s very challenging for me to come up with Etta proper cuss words because I just don’t curse, while she has a very vast vocabulary for that, and almost never repeats them. 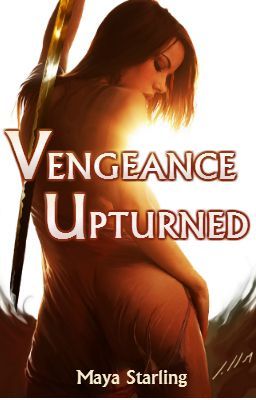 I actually haven’t done much research on such psychological issues, but I have friends, I listen to others, supporting friends when needed, I read and I watch documentaries, I took some psych classes, and I also lived through my own loses. All that helped me shape Etta the way she is. The one thing I did research on is meditation and Zen Buddhism as an inspiration for Etta’s coping mechanism, a heritage left by her father. Here’s a sneak peek quote about that:

“Henrietta though, was left with a choice, follow her mother’s teaching, or those that her father, Tao-Sihn, imparted to her. The way of the balance, where everything returns to its source, where everything has a reason and purpose. The way of nature and the spirits. Born, dead, reborn. He taught her three key driving forces in life she should live by; kindness, simplicity and modesty. I have strayed too much. Henrietta sighed, for she had followed her father’s teaching, learning to appreciate the smallest things; each breath she took, each flutter of her eyes, the sun warming her skin, each little bug and insect, each animal, rain, a stream, a flower… all a part of the circle of life.”

I don’t plan on Etta being magically healed or suddenly enlightened so that all her problems and traumas vanish by the end of the book, she only learns how to accept her emotions and learns how to deal with her past so she can move forward in future.

You can read drafts of the chapters for free on wattpad: http://www.wattpad.com/story/6037813-vengeance-upturned .

So excited for this! The novel is with an editor for developmental edits, I'll need line/copyedits done after that, but I'm hoping for an early 2023 release.
I caved and paid for the avatar maker feature... these looked best out of the 50 generated! It's the lensa app.
Download the eBooks, gift them to people, PAY AS YOU FEEL - minimum price is set lower than RRP!
#IndieAdvent Day 01: FIELD NOTES by Maxim Peter Griffin
My #SpotifyWrapped >> 51 genres??? A lot of these were for playlists and soundscapes while I hyperfocused.
A great review for THE CROWS thank you so much 🖤
%d bloggers like this: