Share a line from your WiP [Work in Progress] or make one up!

Wes grinned, smoke wreathing between his teeth and scrawling his vice across the dark, cold street. He took another vicious, glowing drag. “Still want to know what I’m doing this evening? Cos it still ain’t you.”

Moving into the main bit, her heart wasn’t in it. She marked it through first, making sure she’d nailed the steps, but drilling into the dummy was useless. For a start, plastic shavings were a hazard without protective goggles, and she wanted to drill into the abdominal cavity so she needed to know what would spurt out and if she could still dance on the floor in her heels after the fact. She might have to wear shoes with better grips – special rubber soles. They’d be heavier, and she’d need to adapt some of the moves for the timing. She gave up and hacked the plastic piece of shit to bits with a hand axe.

“This is bullshit,” she yelled at the two-way mirror, raking her hair back in annoyance. “Get me a real fucking person.”

If you had to publish your WiP right now, as it is, how many stars would you rate it?

I’d give them both 3. Thirteenth needs a lot more work but I’m hoping that betas will help with that, and I need to do line edits. Eldritch Girls is half-finished, with scenes missing from the middle of chapters, and the whole thing is unedited. Plus we’ve decided to axe a side character and merge their role with a more interesting side character to get an enemy-lovers subplot going on and a love triangle to complicate and add tension to the main (straightforward) romance plot. I think it’s got potential and love what we’ve got so far so that would save it from being 1-2 stars, but it’s so unfinished that I couldn’t give it 4-5 if I was being totally fair.

If you could dedicate July to anything, what would it be?

Make up a holiday and tell us how people celebrate it!

This is how the Pendle clan (comprised of the Porters, the Shaws, the Wends, the Wend-McVeys and the Foremans) celebrate a Changing…

Extract from the beta-version of THIRTEENTH pp. 195-6::

They hadn’t had a single birth followed by another spawning in so many generations that everyone was expecting something spectacular to happen, even Wes. He’d avoided going to the shrine to ask for special consideration, that wasn’t cool, but he descended the cellar steps in full stupid regalia anyway.

At least, he’d thought it was stupid when everyone else wore it. The wool itched, the robe too short on him, but that meant he wouldn’t fall flat on his face or fuck it up with clumsiness. Tonight, his night, he wore it with a strange, unfamiliar sense of pride.

Wes was hemmed in by relatives and their robed forms, humming low and muttering a chant Gran claimed she had heard emanating from the Outside. He was blindfolded, Gran tying the wide woollen scarf tight behind his head, nearly catching his hair. They slipped a hood over his head for good measure, the robe supposed to cover everything else and keep it hidden until the big reveal at the end. They marched him around Gran’s garden, the chanting gathering momentum as he lost track of who was who and who was where. He could tell at first by their voices, but then they all merged into one.

It was like labour pains, some said. You felt them where the Changes would happen – usually in your head, your throat, your chest. Some had it all over. Some described it like needles, others like knives. His mother said hers had been like contractions, but in her spine.

Wes had been feeling an odd numbness all over, creeping across his skin and eating into his larynx, for three weeks. Gran said it was coming, they couldn’t delay anymore. But there wasn’t any pain. He thought it always came with pain. I don’t think it’s the Changes, he’d said, but been over-ruled when Gran examined him properly. I don’t think it’s time yet, maybe it’s the overture. But Gran knew better.

He liked his face, his pretty-boy face, didn’t give a toss that the lads said he was ‘metrosexual’, he bought into it with skincare and hair gel, wasn’t ready for extra appendages and gelatinous ooze.

They pushed him through the back door, into the kitchen. He worried about leaving traces of mud on Gran’s kitchen floor, stomach cold and somersaulting with each shove, each step forwards. He tried to picture the room, arms raised slightly to feel his way across to the cellar, but he was hemmed in by relatives in front and behind, someone at each elbow, too many for the tight space. How were they all fitting in? Someone was manipulating reality again. Nothing was where it ought to be. The tiles crunched under his soles like sand. He breathed through the scarf, inhaling the heat of a volcanic desert.

There were steps. Someone took his hands.

Wes descended, the darkness total. Now there was a humming, the tug in his chest irresistible, physical, like a meat hook on a reeled-in string. It was starting to hurt, a strange ache all over. Could skin ache? Was it muscle- deep? Bone-deep? He didn’t know: something was sucking at his face, like he’d stepped in front of a vacuum cleaner. The suction pulled him faster down the steps and he nearly tripped. Recoiling, it felt like some invisible force was ripping his face off. Wes stumbled, trying to press his hands to his hood, hold his skin on, but he was pulled and grabbed by so many hands and thrown down to the cellar floor.
Wes landed with a hard thud on his hands and knees, not on the flagstones, but on hard grit baked by a sun that wasn’t theirs. He dug his long fingers deep into it, let it trickle through them, the heat on his back. His ears rang, but there was nothing to hear but the hum and the chant, far away.

How often do you print out your manuscripts?

Never, I can’t afford the ink!! I used to print out the completed copy for editing, but I’ve learned tricks for changing the font and font size so that I can do it better on-screen. I also turn it into mobi/ePub files and read through each version, so I can catch errors in different setups, and my eyes aren’t looking at the same format and missing things. 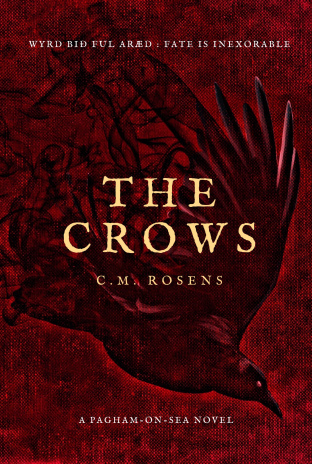