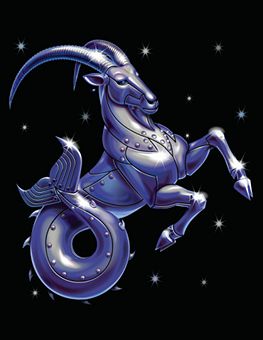 I’ve decided to start with Capricorn, because the ideas for topics that I came up with for this general sign resonated with me after watching Season 3 of a TV show last night. My life is really very exciting. Clearly. Now, I know I’ve blogged on this topic before, but I think there’s more to say.
Showing the development of characters over a long period of time is a challenge, because if you were to keep a journal for two or three years, especially in your early to mid twenties, you would barely recognize the person who began writing their innermost thoughts all that time ago. If you begin with characters on the cusp of adulthood, or going through adolescence, as with YA novels, or with characters just emerging into the “adult” world and finding their feet, as in NA novels, the changes wrought in them by time and circumstance and the natural process of aging – which has psychological effects as well as physical ones – is something subliminal and subtle that even the character themselves is unaware of.  No one wakes up in the morning and feels twenty-one. Your concept of who you are is constantly in flux and completely relative to what is going on around you, and you do a great deal of your “growing-up” between the ages of 18-25, typically. Some people are 20 going on 50; others are 20 but still mentally stuck at 17 – but not in every area of their thinking and acting.
On the other hand, there are some things that do permeate your subconscious from a young age, and even when you’re not so young, and they do inadvertently have an enormous impact on how you are as a person. They can invade your thinking and your behaviour so completely that you’re not even aware That Thing You Do is a subconscious response to That Thing That Happened When I Was, Like, Five. It’s not even that obvious – it’s a combination of things which inform and consolidate our ideas of the world, not a singular event (unless that event had a massive psychological impact). What is going to happen when Protagonist A’s concept of normality collides with someone else’s, who reacts to things in a different way, because of their not-so-dysfunctional upbringing? So imagine, Protagonist A has a dysfunctional family (as most protagonists do). The day-to-day atmosphere of that family is something which has an on-going impact on Protagonist A. You (as the creator and controller of Protagonist A) have decided that they are naturally quite shy and introverted, as a consequence of being bullied at High School and being ignored or used by Mum and Dad as a weapon against one another, as they go through a messy divorce. Protagonist A has never had a long-term relationship, though they have had a few before which didn’t end very well. Protagonist A goes away to college, and meets Love Interest, but is being stalked at the same time by Crazy Obsessive Ex.
Fine. It’s straying into Mr Perfect Meets Miss Virgin territory here, but you’ve got a few issues to add a bit of a grittier edge, and you’re trying to reflect a real situation.
We have all of the angst and drama and the catalyst for general shenanigans, depending on the tone and style of your story, and ultimately, Protagonist A Grows Up and Finds Love and Lives Happily Ev- hang on.
Supposing you were to fast forward the clock. What bits of their past has Protagonist A overcome now they are in a loving relationship with Love Interest? What have they brought with them? Which of their parents are they turning into as a result of absorbing mannerisms and attitudes and so on from a young age? Do they notice? How does their childhood come out in their actions as an adult, bearing in mind that, according to your back story for Protagonist A, they have had few positive examples of adulthood, few (if any) positive examples of a couple being A Couple, and few positive examples of parenthood?
In what ways does Protagonist A do a better job, spurred on by Not Wanting To Turn Into Mum And Dad, and in what ways are they just kidding themselves?
How do Love Interest and Potential Children respond, not really knowing the details of Protagonist A’s background? It’s a very different thing to seeing someone’s parents and thinking, “Well, that explains a lot”, and actually living through the experience of being in that family unit every day of your life for eighteen solid years. Now, obviously, it’s not all bad.

I SAID, IT’S NOT ALL BAD, DEAN!
Honest. But there’s no chance your character in a sequel novel is going to have it all together. Zero. Chance.
The way they are in their late twenties or early thirties with kids is not going to be the same as the last time the readers (or you!) saw them. You need to take into account the fact that, as a person, your character has altered, and try to make those changes realistic in light of their back story, the first novel, and what you know has happened between the end of the first novel and the start of the second one.
You need to strike a balance between the character being essentially the same, as in the same character the readers fell in love with in Novel 1, but also having changed in particular – and believable – ways.
This is the biggest challenge, and one I’m trying and perhaps failing to fully strike a balance with in my series.
In my case, dealing with children and all the events that have torn his world apart and sewn it back together has affected Kristof quite significantly. He has mellowed a lot, and picked up traits from his wife Elsa, and is showing a bit more restraint as the weight of real political power and military campaigns and general courtly backstabbing takes its toll. He has also had to accommodate the needs of his four children, all of whom are individuals with their own personalities which will disrupt the original family dynamic as they grow up and push against their boundaries. Kristof had a very difficult and cold relationship with his own father, and is struggling not to be as harsh with his own children. He is willing to allow them to make their own mistakes and to rebel, but that is not because he’s a “good father” – it’s because he’s a good manipulator, and, even though he loves his children, he wants to make best use of them as marital alliance assets, and also make best use of their powers. He’s not going to flip out every time his children disobey him – he knows he’s already on thin ice with his oldest daughter, Jola, as it is. She witnessed him doing terrible things to people over the years, including his abusive treatment of Gisa, his ward, and that has already driven a wedge between them. The fact that she is queen now is more of a reason for him to rein himself in, which was never his strong point. His explosive temper will break through the veneer eventually, and it will be pretty bad when that happens.
All of this character deconstruction has been an absolute nightmare – and I’m not sure I’ve got it quite right. That’s a job for the editing, when I get around to finishing the first draft!
… Which leads me to my little rant about BBC series Robin Hood, whose character development is all over the place. [SPOILERS, PEOPLE. SPOILERS.]
It’s a lot easier to maintain consistency when you’re the only one in charge of the character. When several writers are in the pool for scripting the season, the danger is that in one episode or another they will pick on their interpretation and ideas for the character, and then use it to further their plot in ways that act to the detriment of that character. It’s the classic conundrum of “how do I get from A to B in this episode so that C can happen next week?”
It’s easy to switch “episode” to “chapter” for all you plotters (and pantsers!) out there, although plotters may have the advantage in that their narrative and character arcs are neatly laid down, leaving less room for tangents.
Now, I really liked the whole thing with Marian. [SPOILING HAS COMMENCED!!] I’m not going to do a blow-by-blow account of that. But what got me was the way Guy devolved in Season 3 – in particular the episode where he briefly gets to be sheriff – and doesn’t learn anything at all. There’s a blip in that Season where he is almost reduced to a predictable cartoon villain, whose actions are formulaic and flat. He is just doing the same thing, over and over and over. The surprising moments of depth in his character come out of seemingly nowhere, and you can’t really see that developing naturally. It’s all a bit abrupt – and Richard Armitage, kudos to that man, pulls it off in such a way that you don’t really care that the writing isn’t all that great.
The other thing that really annoyed me was the complete lack of reference to Sheriff Vesey’s sister after she fell in the pit of snakes. DON’T EVEN GET ME STARTED ON THAT PIT OF SNAKES. #MedievalistProblems

The relationship between the Sheriff and his sister is explored briefly, and then there’s a moving death scene which Keith Allen plays brilliantly… and then… nothing. The sister and her tragic early demise are NEVER MENTIONED again. Ever. And all that potential character development for the Sheriff is completely lost, and the sister is a completely wasted character.
I’m not sure what that’s about.
I’m sure I could think of more examples – not just in that show, but in other shows (and books – including my own work, on occasions) where the plot is literally lost completely and a character’s development gets stunted, flattened out into a temporary (if you’re lucky) 2D version of themselves, or just afflicted by a case of Random Identity Crisis where they just forget key parts of their personalities in order to do something to move the plot forward.
It mildly annoys me when other people do it. When I catch myself doing it, it fills me with white-hot rage. [<< one of my overused phrases – note to self – stop it!]
I will strive to do better.
Anyone else find the same problems with character development over longer spans of time? Comment and let me know!